Topics will include the Warren Steam Pump Co., the making of rubber decoy tanks used by the Ghost Army and parachute manufacture at the Wright Co. 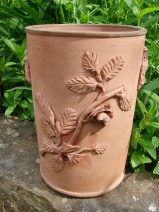 Pottery, Tile and Brick-Making in Massachusetts

Pottery, Tile and Brick Making in Massachusetts will be the topic of Rick Hamelin’s presentation as it related to the Quaboag Plantation.

1870 to 1900 was a period that represented a “golden era” for the town of Warren. This fascinating transformation will be detailed through photographs and maps.

Paddy on the Railway: Irish Laborers and the Building of the Great Western Railroad

Expect to be entertained by this real history detective, as you discover the men who put the tracks under the trains.

All talks held at the Senior Center in West Warren

Free and open to the public, refreshments provided